Over time, the peoples of the Sangha region, which straddles the tri-national border of Cameroon, the Republic of Congo, and the Central African Republic, have developed an intimate, synergic relationship with the territory they inhabit, establishing a vital bond with the forests and rivers which they rely on for their sustenance. This close interaction has defined the values and shaped the social organization of these communities and has generated sophisticated traditional environmental knowledge systems and a deep understanding of these fragile landscapes.

Yet today the rich cultures of the forest-dwelling BaAka and of the riverine Sangha-Sangha Bantus have come under immense pressure. Discrimination and exploitation, and a total disregard for their traditions and way of life on the part of a growing population of settlers undermine the continuity of ancestral practices, discouraging their transmission to the next generations. The daunting challenge for the BaAka and Sangha-Sangha communities is to adapt to rapid and radical change and to revitalize their time-proven skills and traditional knowledge in ways that enable these to remain viable and relevant in today’s world. 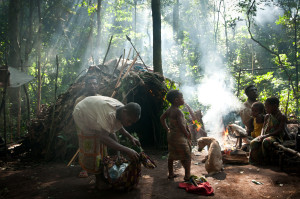 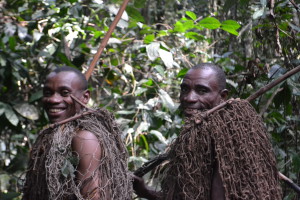 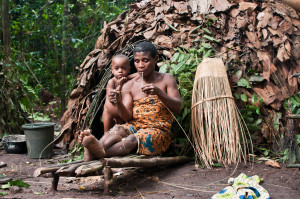 In 2012, 25 boys and girls from ten villages living within the Dzanga-Sangha protected area (DSPA), part of the “Trinational de la Sangha” (TNS) – World Heritage Site, came together to start defending their culture and rigths. In a series of workshops, excursions, field campaigns, and activities, they explored and documented their threatened heritage. They deepened their knowledge on national and international legislation regarding indigenous civil and cultural rights, especially on ILO 169, after CAR became the first African country to sign the convention in 2010.

Over the years, the cultural self-esteem and commitment of the group was strengthened, and provided them with the necessary confidence to start concrete cultural-promotion initiatives and knowledge-based projects in cooperation with local and international organizations and educational institutions. The group has been involved in the documentation and transmission of cultural traditions, indigenous rights awareness-raising campaigns, participatory mapping and the development of ecological monitoring systems based on traditional ways of observation. 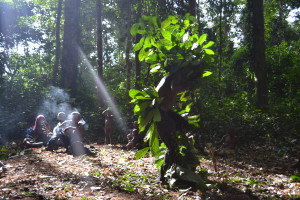 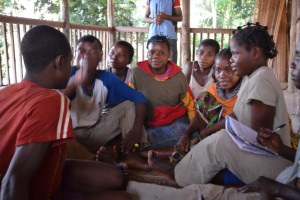 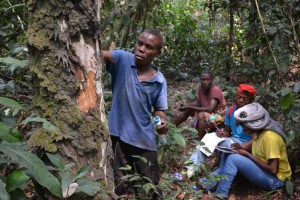 The youth group is known in the villages as “Ndima-Kali” – a combination of “Ndima”, the Aka word for forest, and “Kali”, the name given to the Sangha River by the Sangha-Sangha fisher folk. Ndima-Kali is a registered civil society association.

Members of OrigiNations have cooperated with the youth group since 2012. Between 2015 and 2018, we carried out a three-year-long project with Ndima-Kali on promoting indigenous rights and culture in collaboration with the Central African NGO MEFP („Maison de l’Enfant et la Femme Pygmées“), the pan-African indigenous network IPACC („Indigenous Peoples of Africa Co-ordinating Committee“) and WWF Germany, supported by the German Ministry for Economic Cooperation and Development (BMZ). During this time, a human rights center was established that provides legal assistence to the indigenous communities and enforces ILO 169.