The archaeological heritage of the Mayan culture is world famous. About 6 million Maya live in Guatemala today – almost 60 % of the population – speaking 22 distinct indigenous languages. With 2,500 people, the Maya Itzá are among the smallest Mayan groups in the country. They live in the heart of the Mayan world, in the tropical lowlands of northern Guatemala at the border with Mexico and Belize. The majority of the Itzá live in the village of San José (originally Ixtutz) at the shores of Lake Itzá, near the former Itzá capital Flores (formerly Nojpetén or Tayasal). As elsewhere in Latin America, the Spanish invasion, diseases that came with it and other disastrous consequences of colonization have massively reduced the indigenous population. Now a minority in the densely populated Lake Itzá region, surrounded by important Maya archaeological sites which are not managed by them, the Maya Itzá are struggling to maintain their culture. 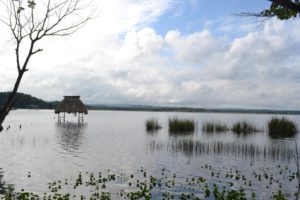 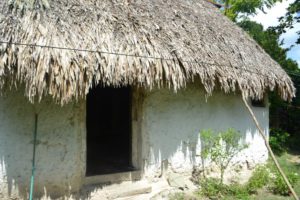 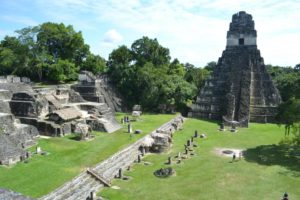 At the request of five indigenous associations from San José, OrigiNations carried out a week-long workshop with 25 young Maya Itzá in December 2015. The aim was to bring together previously separate initiatives as a first step in promoting a broad movement for the protection of the cultural and natural heritage of the Itzá people. The five organizations involved in this effort were: Academia de Lenguas Mayas de Guatemala (ALMG), responsible for the documentation and promotion of the Itzá language; the Asociación Solidaria de Acción y Propuesta de Petén (ASAPP), which fosters organic farming and the preservation of native seeds; Ut’an Samal, dedicated to the conservation and promotion of cultural traditions; Asociación BioItza, working on nature conservation and the management of the communal forest reserve; and the Asociación de Plantas Medicinales, committed to the promotion of traditional healing methods. The workshop received financial support from the Paul K. Feyerabend Foundation, mediated by the ICCA Consortium.

Through successful negotiations with the National Council of Protected Areas of Guatemala (CONAP) and the Institute of Anthropology and History (IDAEH), we were able to hold the workshop within the National Park Yaxhá-Nakum-Naranjo, in the immediate vicinity of its archaeological sites. This ancestral place has an enormous significance for the Itzá people, particularly the site at Topoxté, an island settlement on Lake Yaxhá, which contains the only architectural remains in Guatemala which can be directly traced to the ancestors of the modern Itzá. 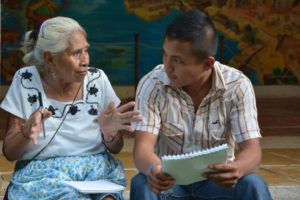 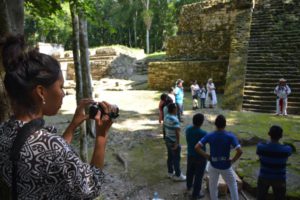 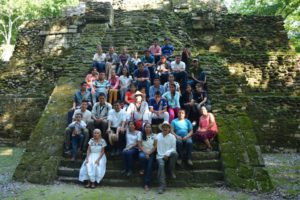 Group picture in front of an Itzá temple in Topoxté

The young workshop participants were able to interact in different ways with the monuments built by their ancestors: they were given extensive guided visits and star-watching sessions on top of ancient astronomical observatories; they could roam individually through the vast expanse and imagine life at a time when the city was still whole and thriving with activity; they worked in groups in a series of creative exercises that culminated with their own interpretation of the place in the form of drawings, videos, photo-stories, theater sketches and poems. They were also introduced to Maya mathematics and Maya epigraphy (writing). The week was capped by a ritual ceremony performed by a traditional priest on the island of Topoxté.

As a result of the workshop, the participants took the first steps to form a youth association dedicated to the protection of their heritage, promoting their culture and defending their landscape. They have elected a five-member board and have given themselves a name that can be translated as “Weavers of the Future”, or in their own language Itzá: “Ixch’upaaloo ‘Ajxi’paaloo’ uchuyoo ‘ti a’ k’in Utal”. Their first project is to document and record the knowledge, stories, and memories of the oldest members of the community. Given the sense of urgency that they feel about getting on with this endeavor before it is too late, OrigiNations has provided them with a video recorder and two photo cameras and instructed them in its use.