Throughout much of its recent history, the remote Western Himalayan region of Ladakh remained largely unaffected by developments occurring beyond its geographical confines. This relative isolation, which lasted until the late 1970s, has enabled its rich artistic and architectural heritage to escape the same fate that befell the great majority of historical monuments in the rest of the Tibetan Buddhist world. For this reason it is in Ladakh where we can still find rare, and in some cases unique examples of this great building tradition. with some structures dating back to the 11th century.

However, the rapid and radical transformation taking place in the region has exposed the fragility of this heritage. The loss of traditional know-how, economic migration, rapid and uncoordinated development, climate change, and the recent surge of tourist activity are increasingly becoming major threats to the ancient monasteries and historic villages which are among the most valuable cultural resources of the Ladakhi people. 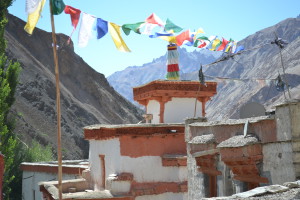 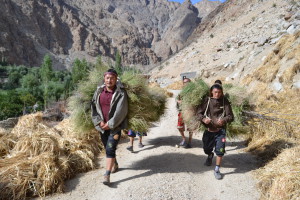 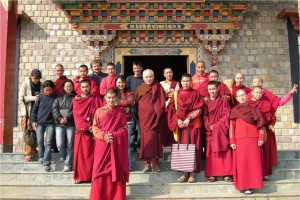 At the beginning of 2009, an initiative was launched with the goal of empowering and enabling local communities to take the protection, maintenance, and management of their cultural heritage into their own hands. A three-year pilot training program was started in cooperation with the Achi Association, a Swiss-based non-profit organization which has been active in the region carrying out conservation work since the 1990s, and made possible through a grant awarded from the Getty Foundation. The program initially involved a group of Ladakhi young men and women representing a dozen different villages in the region. They were college graduates as well as monks and nuns, who were expected to play an important role in the future of the region’s architectural and artistic heritage. Over the next three years, all program participants took part in a series of workshops, excursions and field campaigns.

The village of Wanla was chosen as the main setting for the training program due to its important historical and religious monuments, as well as its conservation challenges. At Wanla, the young trainees completed a series of theroretical and practical workshops dealing with the science and the social issues surrounding conservation work. They also went on excursions to visit historical monuments and traditional rural villages throughout the region. During field work, they documented and produced measures drawings for the entire village of Wanla, including its important late 13th century temple and the remains of the medieval fortifications. Photographs, sketches, and interviews of elderly community members supplemented the information. The group also successfully completed the rehabilitation of the historical ceremonial access to the temple in Wanla. 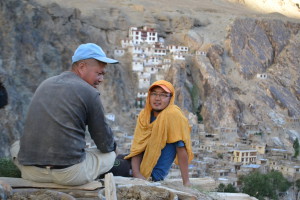 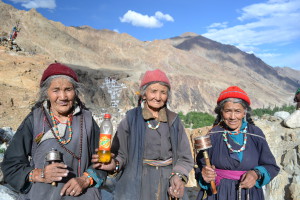 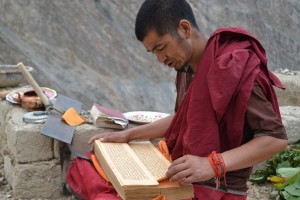 Members of the core group of project participants went on to share their newly acquired skills with the younger village school students and led them in the task of mapping several historic and religious structures in Wanla. Eventually, some 45 local boys and girls became involved in maintaining and repairing their build heritage.

The high level of motivation and commitment achieved by the group, and the willingness to translate their gained awareness and competences into concrete action is reflected by their work at the village of Skurbuchan, where they implemented urgent and comprehensive restoration work on the temple with the active participation of the community over several years. They also executed awareness and monitoring campaigns in different villages in Ladakh.

The evolution of this group of young heritage custodians points to the possibility of a more inclusive and sustainable conservation model that puts local communities at the center of the efforts to protect their artistic and architectural legacy.

Sonam Angmo: “Regarding the protection of buildings, the same way that we wash every day and change our clothes, in the same manner we should repair and maintain our old buildings. Now there are not enough monks and nuns, so we need to spread awareness among the villagers and the village authorities so they too take care of the religious buildings.”

Jigmet Namgyal: “At the start villagers didn‘t listen to our advice, they just doubted our authority as individuals. But now organized and with the backing of an institution we can achieve more credibility.”

Thundup Namgyal: “It is not ethical to go around telling people to continue living in traditional houses if we ourselves live in modern ones. We have to show in our own experience how one can live in a traditional house which has all the comforts and which features improvements in the traditional technologies.”

Konchok Motup: “Since my childhood I have been concerned about historic buildings. I can imagine dedicating the rest of my life to this purpose.”